Utah Gov. Spencer Cox has declared a state wide water conservation “emergency” because 90% of the state is experiencing severe drought, and mountain snow pack is only 70% of normal. The declaration is badly needed. Fix leaks, xeriscape your water-hogging front yard, take shorter showers. Better yet, group shower with the neighbors, outside with a hose, on your xeriscaped front yard.

Let me put a few more words in the governor’s mouth. Utah was founded by Mormon pioneers who, perhaps more than anything else, personified an ethos of sacrificing for the common good. Settlements were established, temples built and orchards planted even by those who would never see the fruits of their labors. They were “all in this together,” even with future generations.

But the same week the governor appealed to our better angels to conserve water, he appealed to our selfish angels by not “conserving” the climate. When it comes to our environment, the current political ideology blanketing Capitol Hill — slash, dig, and burn anything that will make us fast money, is anything but “conservative.” Cox and his friends in the Legislature are taking a joy ride through an anti-science fog, willfully blind to the root cause of our “emergency” water crisis.

A recent headline in the Washington Post read, “The western U.S. is locked in the grips of the first human-caused megadrought, study finds.” Only one megadrought that occurred in the late 1500s was more intense than the current one.

The article explains that the West is withering in “the first climate change-induced megadrought observed in the past 1,200 years.” The study concluded nearly half the current drought is due to the climate crisis. A previous study from Cornell and Columbia Universities and NASA, concluded it is 99% certain a climate crisis caused megadrought will overwhelm the West this century.

Another researcher put it bluntly, “The real take home, is that the Southwest is being baked by the burning of fossil fuels and other human activities, and the future implications are dire if we don’t stop climate change.” Western droughts have wreaked havoc on previous civilizations, as they will ours, and far beyond shorter showers. Despite all our technological advancements, civilization has still not found a substitute for water.

Nonetheless, once again, climate denial and the nebulous inland port were big winners in the 2021 legislature. Essential to the structure of the port and the Uinta Basin railway is digging more dirty energy and putting it on trains. There will be more feeding at the trough by big corporations and developers with a new, unaccountable $75 million inland port slush fund ponied up by tax payers.

The legislature persists in the fantasy that 30 years from now there will be oodles of water to be drained from Lake Powell, for green lawns plastered over new St. George subdivisions, and believes that Utahns are somehow deserving of more “precious” water at the expense of six other states.

The governor is correct, we are in a state of emergency, but it goes far beyond water. Utah has an anti-science “emergency,” an ignore reality “emergency,” a selfishness “emergency,” and a failure to do our part “emergency.” If we can all feel we are in this together on water conservation, why can’t we feel the same on anything else?

The Legislature passed, and the governor signed, several bills that consolidate even more power on Capitol Hill, institutionalize greed, and treat our water and our fossil fuel deposits as “precious” resources to be exploited purely for their benefit. The rest of the West, the rest of humanity, and future generations be damned.

Our Legislature has long left our pioneer roots in the rear-view mirror. It feels like J.R.R. Tolkien’s Gollum is driving Utah’s future, obsessed with a ring of power he called “my precious” — the power to selfishly control all resources for selfish ends. It didn’t end well for Gollum, and this greed and selfish power grab won’t either.

If the inland port becomes a reality it is destined to also become a monument to anti-democratic government, corporate welfare, air pollution, environmental injustice, and climate denial, and no, we’re no longer “all in this together.” The ribbon cutting ceremony should take place at This is the Place Monument, and Brigham Young should be replaced with a statue of Gollum. 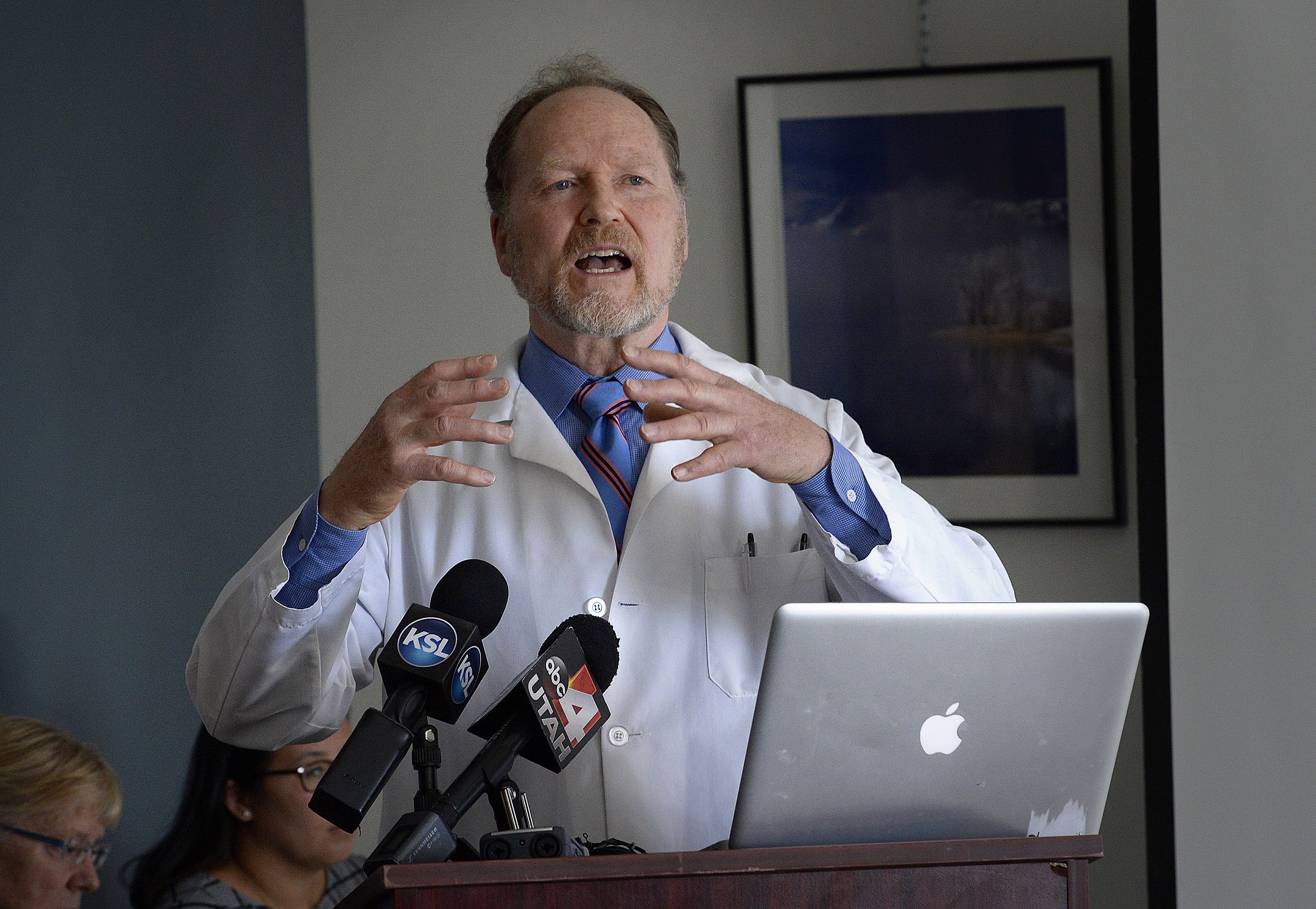 Brian Moench, M.D., is president of Utah Physicians for a Healthy Environment and author of the new non-fiction book on environmental neurotoxins, “The Great Brain Robbery.”