More than a quarter of a century after the last one was released, the three “Mighty Ducks” movies still loom large for hockey lovers.

“In my case, I think they helped make me a hockey fan,” Utahn Deb Hersom said with a laugh. “Well, that and marrying a Canadian.”

The former president of the Utah Grizzlies booster club, she remembers the films fondly. And she was quick to point out a local tie — the local team was an affiliate of the Anaheim Ducks (which began life as the Mighty Ducks) from 2013 to 2018.

The current president of the Grizzlies booster club, Cyd Butler, also has fond memories of the “Mighty Ducks” movies. “Yes, absolutely,” she said — although it was attending Salt Lake Golden Eagles games with her father when she was a kid that made her a hockey fan.

“There’s a large contingent of hockey fans that really enjoy those movies,” Butler said. “Hockey fans are into all things hockey. It doesn’t really matter what it is, they’re into it.”

And she’s certain they’ll be drawn to the new TV series “The Mighty Ducks: Game Changers,” which starts streaming Fridayon Disney+. (One additional episode will stream each Friday.)

“I would say, for sure, a lot of Grizzlies fans will be interested in this,” Butler said.

In the 26½ years since the third movie was released, the Mighty Ducks have become an elite, arrogant powerhouse. And when 12-year-old Evan Morrow (Brady Noon) is suddenly cut from the team, he’s devastated. 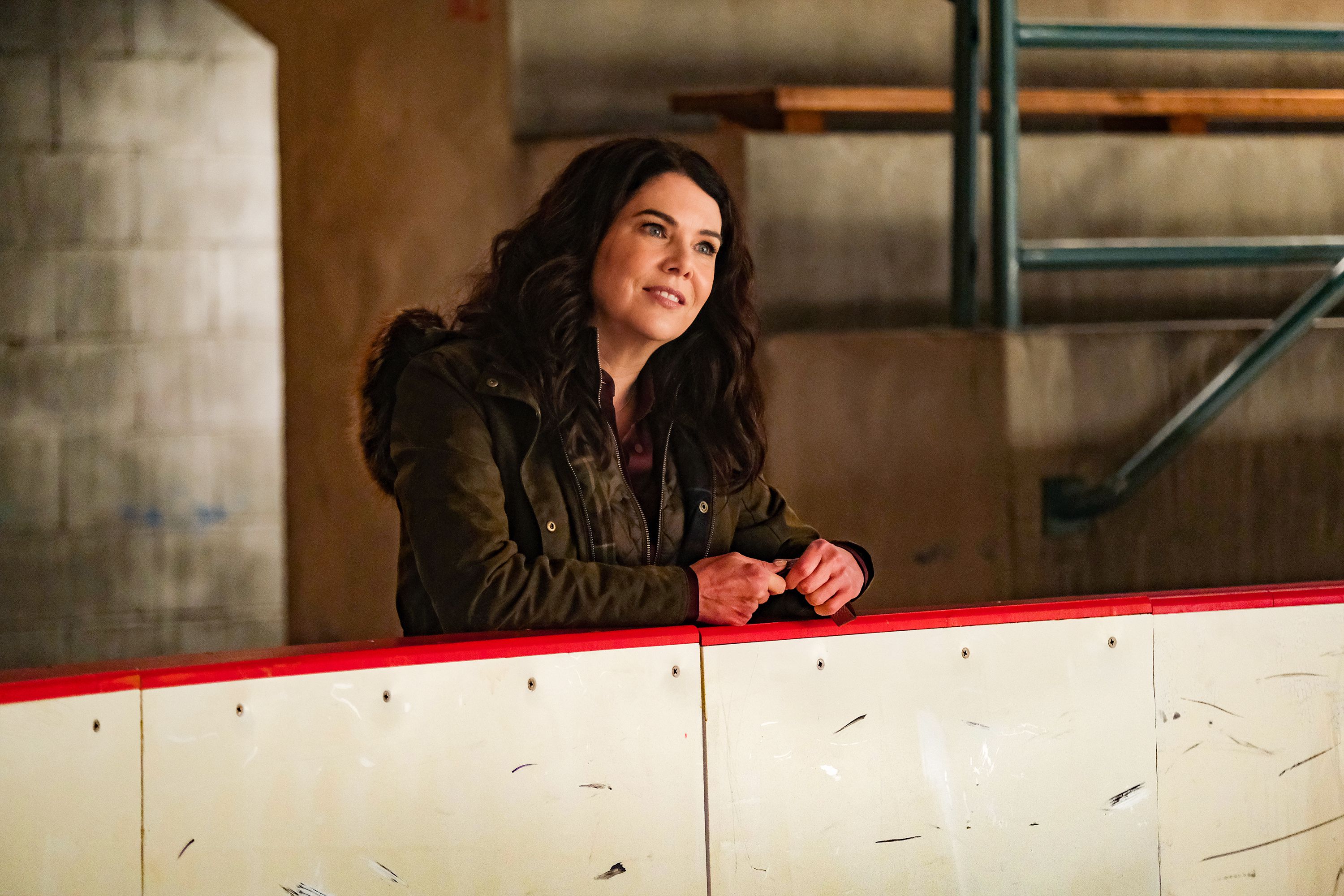 Evan’s mom, Alex Morrow (Lauren Graham, “Gilmore Girls”), leads an unorganized charge to create a new team of misfits and castoffs. And she convinces lonely, embittered Gordon Bombay (Emilio Estevez, who starred in the three movies) to coach them. Eventually.

Estevez said he’d return to the role when executive producer Steve Brill, who wrote the three “Ducks” movies, agreed to his primary demand.

“I said, ‘Well, sure, if we can capture the magic of the first films, the magic of the franchise. If we can create a cinematic experience and not just try to sort of cash in on the nostalgia aspect of it,’” Estevez said. “And I think that’s ultimately what we’ve done.”

The new “Mighty Ducks” is another story of underdogs battling much better competition. And battling what has become of youth sports because of parents who’ve lost perspective.

Showrunners/writers/married couple Cathy Yuspa and Josh Goldsmith have seen that first hand as parents themselves. 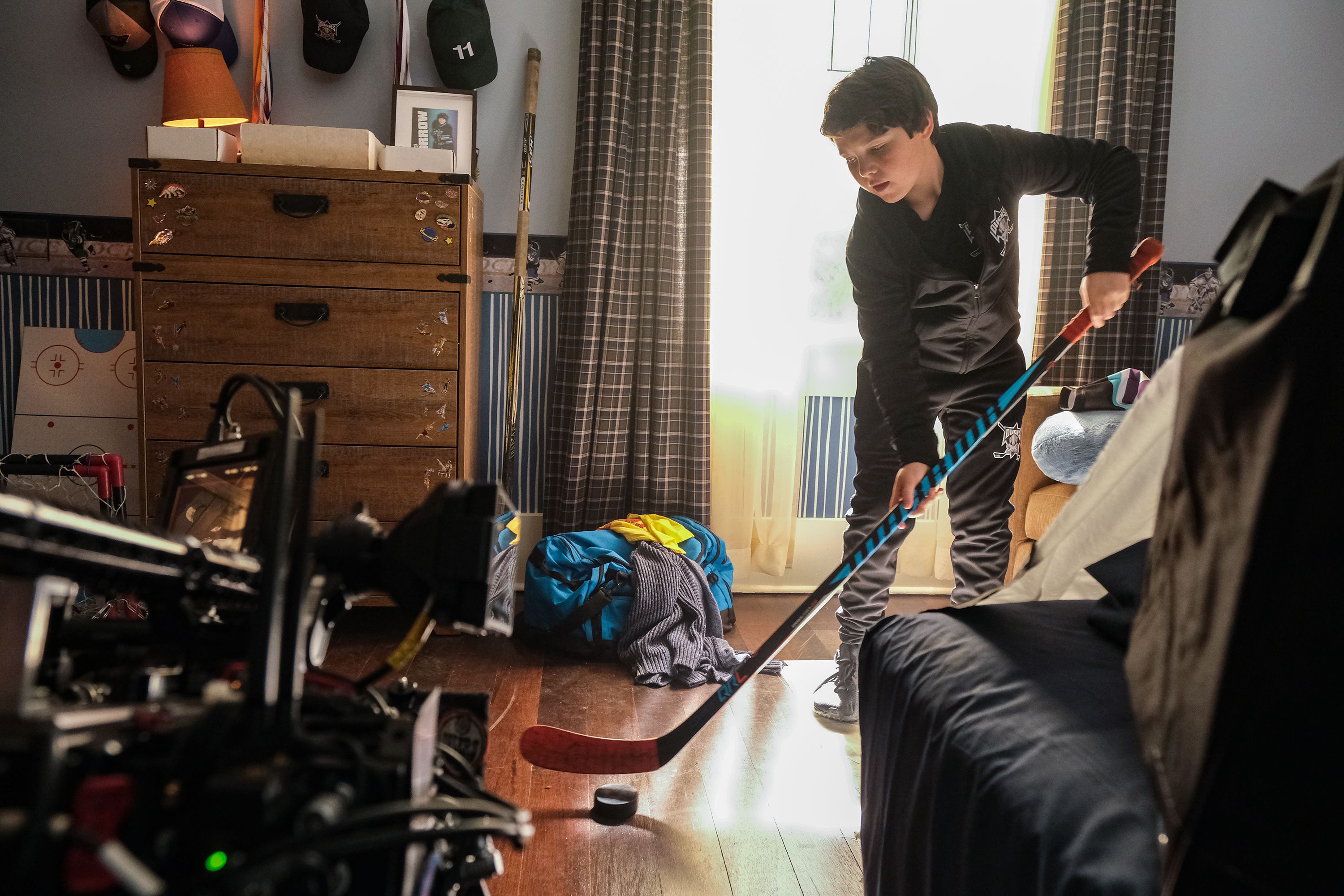 “We would sit at games or practices and watch parents scream at their kids,” Goldsmith said. “And these kids these days, they have trainers. They specialize. They eat salads. They get flexor injuries very early in their sports careers. And it’s crazy.”

Graham said her cousins saw the trailer for the series “and said that the parents didn’t look bad enough. They were, like, ‘It’s worse.’”

When Evan is cut by the Ducks, Alex makes an impassioned (and, soon, viral) speech about how kids should play sports to have fun, not because there’s an infinitesimal chance they’ll go pro someday.

That doesn’t mean the new “Mighty Ducks” isn’t about hockey. The characters live in the same world with those too-real parents, and the kids react predictably after they open their season with a humiliating defeat.

“The thing is,” Evan replies, “getting your a– kicked that bad isn’t fun at all.”

Goldsmith and Yuspa are on the side of having fun, but they bring a certain degree of realism to “Game Changers,” too.

“When you see your child win and get good at something, it is intoxicating,” Goldsmith said. “You can get caught up in it. We’re also part of the problem. And so we see both sides of it, and I think that’s why we wanted to show both sides of it and explore it in a deeper way.”

Which does not mean that “The Mighty Ducks: Game Changers” is some sort of sociology lesson. It’s surprisingly entertaining, fun and funny.

That minor expletive three paragraphs up is as adult as the series gets in its first three episodes.

“One of the things that really excited us about the project is the idea that kids who grew up watching the ‘Ducks’ [movies] now have kids of their own and that it can be a family experience,” Yuspa said.

No, the show isn’t just relying on nostalgia. You don’t have to have seen all of them — ANY of them — to enjoy “Game Changers.”

If you’re a fan of hockey and ”The Mighty Ducks,” there’s certainly more to enjoy. And there are clearly Easter eggs coming as the 10-episode first season continues.

(Executive producer Steve Brill — who wrote the movies — wouldn’t answer directly when he was asked if other members of the film casts would appear, but hinted that that’s a strong possibility.)

The idea of revisiting “The Mighty Ducks” so many years later sounded sort of, well, bad. It’s not. “Game Changers” is a pleasant surprise and well worth streaming.